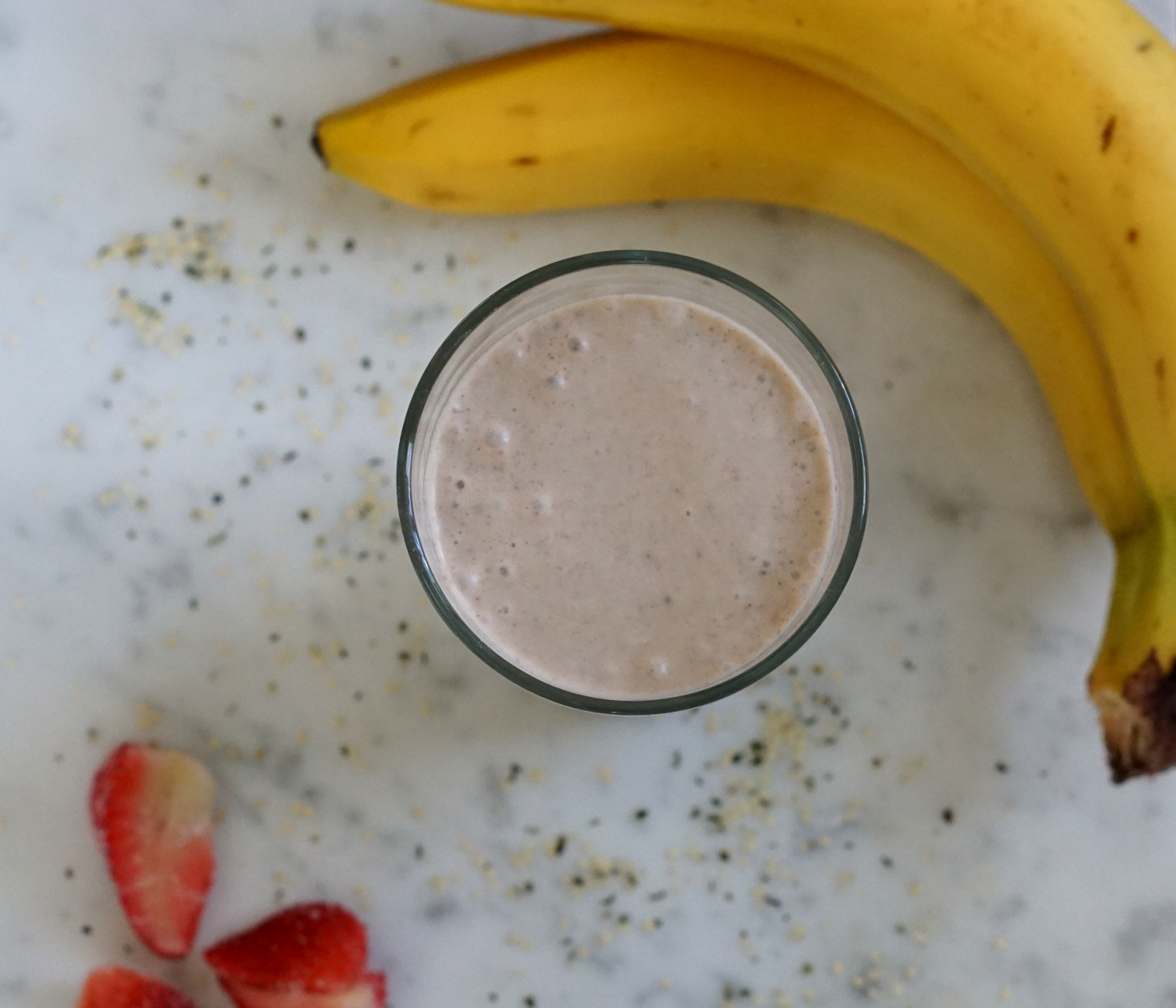 I’m usually not much of a protein shake drinker. I would rather eat something I have to chew, especially for breakfast. Plus I look forward to and savor my morning tea latte so much that drinking a shake  just seemed like overkill on the liquids.

It took me a LONG time to overcome the mental hurdle of straying from classic breakfast foods for breakfast. Leftover fish and stir fry first thing in the morning sounded awful to me. But because my options were so limited while I was on the Autoimmune Protocol (a tearful goodbye to you, eggs), I had to coax myself into the habit of lunch and dinner food for breakfast.

And that’s where protein shakes came in.

I recently picked up a part-time job waiting tables at an awesome restaurant, and I joined the Crossfit cult (check out my guest blog for them here), so time to cook has been short lately. Pair that with an extremely restrictive diet, and suddenly protein shakes become a very attractive option.

I included hemp seeds in this recipe, but you can easily omit them for AIP. If you do include them, this protein shake contains 31 grams of protein. You could always add more collagen—it’s flavorless.

Collagen hydrolysate is similar to gelatin, but it dissolves easily in cold liquid. Each tablespoon contains some protein, and it’s great for skin, joints and digestion. I recommend the brands Great Lakes or Vital Proteins, both available online.

Don’t be put off by the addition of raw egg in this shake, either. As long as you’re using eggs from chickens that live happy lives outdoors, you run very little to no risk of salmonella (read Empowered Sustenance’s post for more on this). The egg adds a creamy texture to the shake while boosting the nutrient content.

I sometimes add a handful of raw spinach to my shake if I have it on hand, too!

I don’t wash my face (and neither should you)