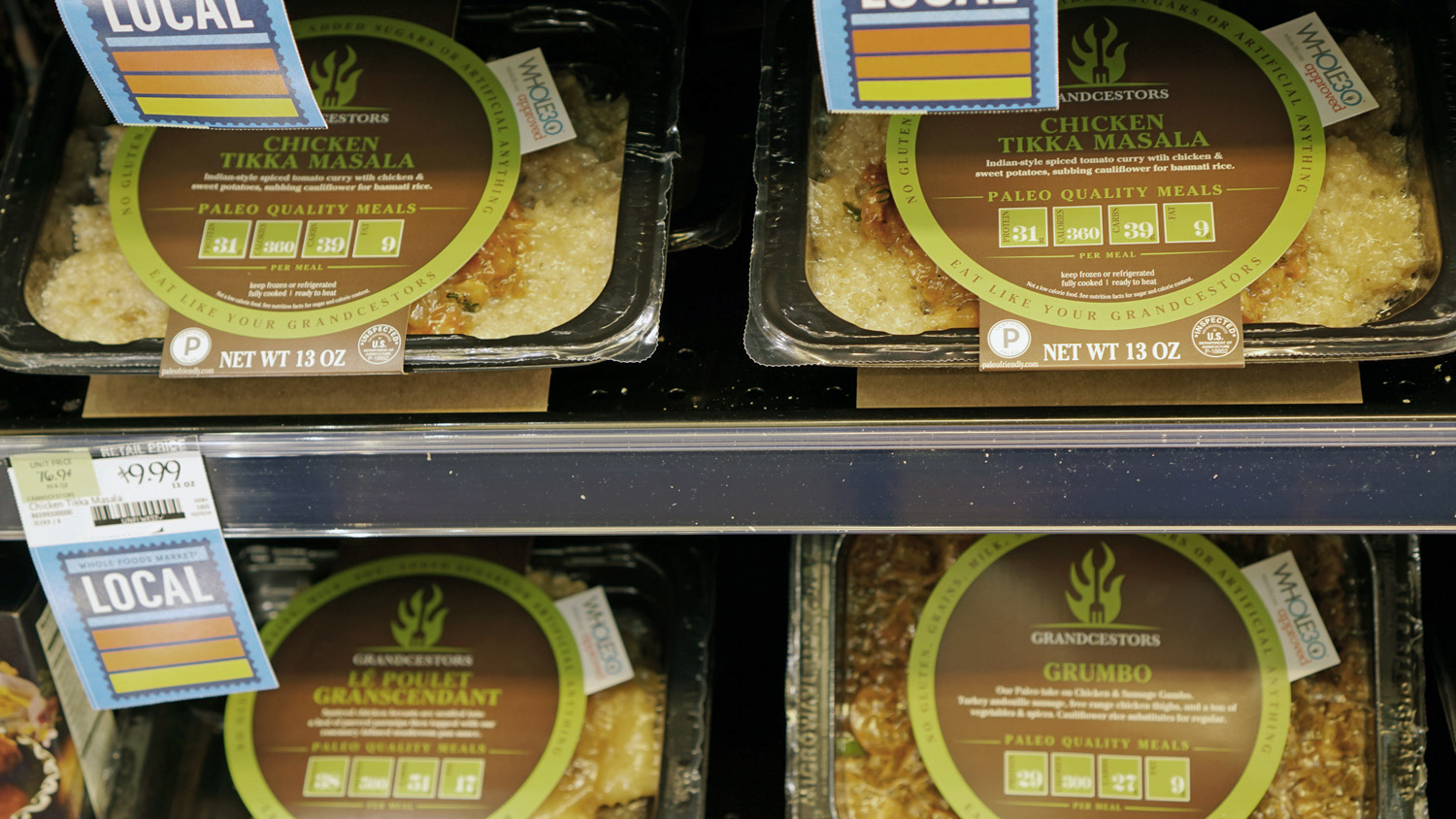 I did it. I caved. I bought one of those packaged, quick Paleo meals.

I generally steer clear of packaged Paleo products. It’s not that I don’t enjoy convenience as much as the next person. In fact, I’m really good at finding products I’d LIKE to buy at the store. I read ingredient labels like nobody’s business. In fact, I’ve even been known to carry around products I have every intention of buying before ditching them at the register.

I know. It’s bad. Those poor grocery store employees, having to put back my abandoned beef jerky and plantain chips–again.

But during a recent walk-through of Whole Foods’ hot bar, I realized something: for the same price (or cheaper) as loading up a to-go container, I could just buy a pre-made Paleo meal instead. I could then skip the dietary compromises I’m often faced with at Whole Foods: canola oil, unnecessary sugar, and corn derivatives, to name a few.

My Review of Grandcestors Paleo Meals

I found the Grandcestors line of quick Paleo meals in the frozen section. My choices ranged from meatloaf to gumbo. I chose the Chicken Tikka Masala with cauliflower rice.

The ingredient label was clean, and the meal was easy to reheat on the stove rather than the microwave. So far, so good.

The flavor and texture of the meal did not disappoint. I long for the day when fattier cuts of meat will prevail over chicken breast, but that’s personal preference. Where taste comparison is concerned, however, this was pretty on-par with anything I’d get from the Whole Foods hot bar.

Unlike most other meals, the Grandcestors brand included enough sauce to coat the rest of the dish. This is an issue I’ve noticed with other brands–they’re too dry. GIMME THE SAUCE.

I’ve gotta say, 31 grams of protein ain’t bad for a packaged meal. The portion size was decent enough for my average-sized appetite, but I often find myself still hungry after things like this. Not so this time! I think the 9 grams of fat and healthy carbs from sweet potatoes helped satiate me as well.

On a separate occasion, I tried the Grandcestral Stuffing (a riff on Thanksgiving stuffing with chicken chorizo) and Colorado Hash (a sweet potato and poultry/sausage combo). Much to my surprise, the stuffing was my favorite of the three I tried, though the hash didn’t disappoint.

Overall, for the $10 price tag, it was satisfactory. Grandcestors meals are a good option if you need something quick–though obviously I’d recommend cooking meals at home from scratch whenever possible. I would buy these again. I’m looking forward to trying other varieties next time.

How Much Is a Personal Chef? How Getting Dinner on the Table Can Cost Less Than...
Scroll to top