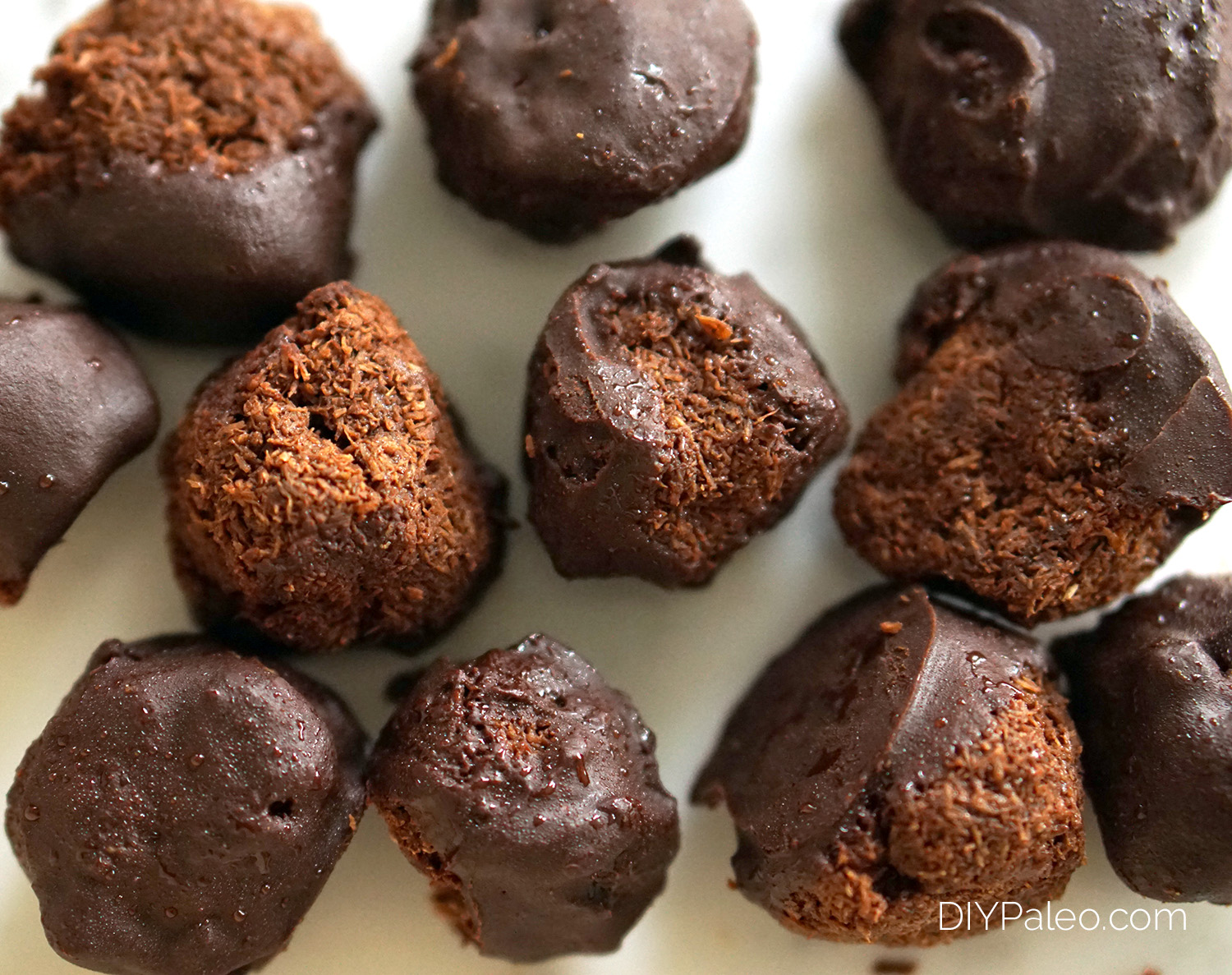 I recently started making my own coconut milk, but there’s always at least 2 cups of shredded coconut leftover from making the milk. What to do with all dem shreds? I abhor the thought of throwing them away. So I decided to make some macaroons.

I had some dark chocolate macaroons at a Paleo cafe in Denver once, and they were cleverly dubbed crackaroons, which I guess means I can’t call my recipe the same thing. However, I did invent my own variety and gave them as Christmas gifts, and any photo of my mother from that day will clearly indicate she enjoyed them as much as the crackaroons.

I used unsweetened baking chocolate paired with vanilla, coconut oil and maple syrup for this recipe, rather than melting a regular chocolate bar (which may contain soy lecithin or other weird ingredients—though I guess you could use a chocolate bar in a pinch). If you’ve never used a double boiler before, just fill 1/3 of a saucepan with water, then bring it to a boil. Place a bowl on top so that the steam can heat the bowl, then add chocolate and oil and stir.

These macaroons aren’t difficult to make, but they do require a little patience with the double boiler and the sticky dough. Your hands will probably be covered in sticky chocolate by the time you’re done. The macaroons keep well in the fridge for about a week…if you can make them last that long.

Look ma, no steroids! How I healed my hand eczema in less than a week